Have a look at our team

Thomas has a Master’s degree in Rhetoric from University of Copenhagen. Despite his young age, he has already worked as a strategic advisor for a number of politicians and private executives. Beside his deep insight in the political system, Thomas is also an eager and experienced advisor on strategic business development processes.

At the age of 18, Thomas was elected as the youngest member of the city counsel in Lolland Kommune. Later, he has worked for a number of Danish politicians at both sides of the political spectrum. I 2011 he was campaign manager for Ida Auken (SF).

Thomas played an important role in the founding of Den Sociale Kapitalfond in 2011 where he was responsible for all communication. Also, he was part of the development of Det Sociale Vækstprogram. 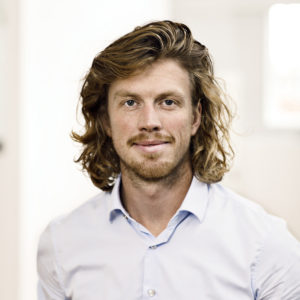 Starting October 1st, Lasse Perrild, will be the first Head of Digital at Nextwork. Lasse will be responsible for the increasingly important task of helping corporations and organizations understand and act in a media landscape that is changing at an accelerating speed. CEO, Thomas Albrechtsen: “Lasse Perrild is one of the biggest talents in Danish political consultancy. Only a few people at his age have his level of experience from the Parliament, the Government, The City Hall and The Confederation of Danish Industry. Our clients are asking for advice on how to adapt to the changes that are happening around them – changes that are happening faster than ever with social and digital media. Organizations, now more than ever, are experiencing a need to break down reactions and interactions in order to understand political agendas. For this, Lasse is a perfect fit, and we are very proud to be able to serve our clients with his skills and capacity“. Head of Digital, Lasse Perrild: “Nextwork is an extremely interesting consultancy where services is being developed in accordance with the latest academic research. This creates a unique platform for helping clients solve the problems they are facing in a changing media...